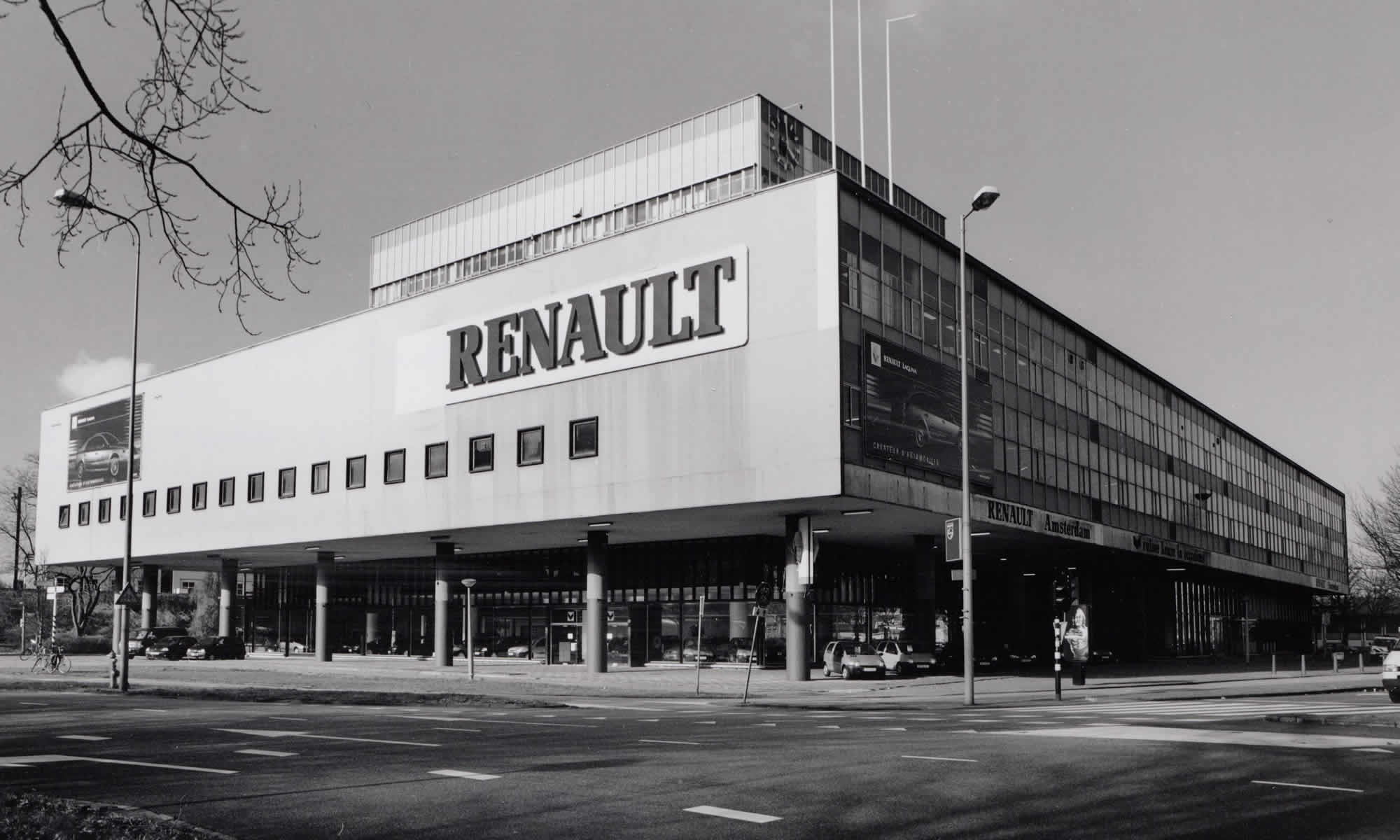 The current building is a re-development of a building originally from the end of the 1950’s, built for Renault. In those years it was the the most modern and biggest branch of the French carbuilder outside France. The property was completely re-developed and renovated in 2004 and 2005 by a joint-venture of DVM and Zadelhoff, two Amsterdam based real estate companies, in a high-quality manner and transformed to modern office space with possibilities of multifunctional use. During the re-development the old facade was replaced by a new and modern aluminum facade.

The ground floor offers catering and fitness/physiotherapy with restaurant Dauphine (named after the “Renault-Dauphine”-model, which in 1960’s years was a big success in the Netherlands) and Sport City and creates a functional unit together with the modern office part of the building.